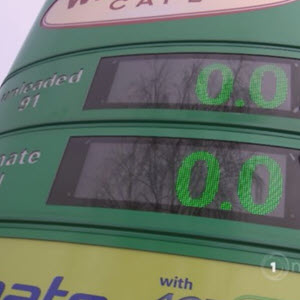 The impact of perennial polycultures on energy use would primarily be in developed countries where food production now accounts for 17 percent of all energy use (though only 2 to 5 percent is actually consumed on the farm), but it is worth at least a brief mention here. Since the early 20th century, the amount of energy required per hectare of corn production, for example, has increased over tenfold.19 Of the energy used in the food production system, the large amounts of energy that are used in operating heavy farming machinery and in producing and transporting seeds, fertilizers, pesticides, and herbicides could be substantially saved by using perennial polycultures. Fertilizers containing nitrogen are particularly fossil-fuel intensive. According to The Fertilizer Institute, in the year from June 30, 2001, until June 30, 2002, the United States used 12,009,300 short tons of nitrogen fertilizer.20 Using a nominal figure

20 These data were originally available as "U.S. Fertilizer Use" from The Fertilizer Institute, Washington, D.C., at http://www.tfi.org/Statistics/USfertuse2.asp, but they have since been omitted from that Web site. Other references include Dale Allen Pfeiffer, Eating Fossil Fuels, from the Wilderness Publications, Ashland, Oreg., 2003 (as of April 13, 2007: http://www.oilcrash.com/articles/eating.htm); and Bruce Sundquist, The Earth's Carrying of 1.4 liters of diesel equivalent per kilogram of nitrogen, this equates to the energy content of 96.2 million barrels of diesel fuel.

The Transformation from Fossil Fuel to Green Energy