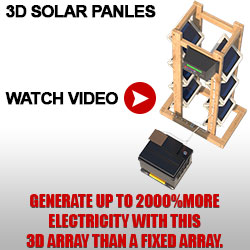 1 Input-output (I-O) analysis, also know as inter-industry analysis, is the name given to an analytical work conducted by Wassily Leontief (1936) in the late 1930's. The fundamental purpose of the I-O framework is to analyze the interdependence of industries in an economy through market-based transactions.

The model also can be used for predictive purposes by providing estimates of multipliers. Multipliers measure the response of the economy to a change in demand or production. Multiplier analysis generally focuses on the impacts of exogenous changes on: a) output of the sectors in the economy, b) income earned by households because of new outputs, and c) jobs that are expected to be generated because of the new outputs. The notion of multipliers rests upon the difference between the initial impact of an exogenous change in final demand (final use and purchases of goods and services produced by industries) and the total impacts of the change.

A variety of economic impacts would result with a movement away from non-renewable energy sources to renewable ones. There are numerous annual impacts that occur to the agricultural sector as a result of projected changes in crop acreage, crop prices, and government payments by POLYSYS, and the addition of an energy crop (switchgrass). The operation of the bioenergy conversion facilities also has an annual impact on the economy. New facilities will require employees, expenditures on inputs, and will increase the total industry output of the renewable energy sector. There will also be one-time construction impacts. Transportation of the energy feedstocks and the output from these firms will also occur. These impacts can not be estimated until firms are actually located. Knowledge of the available infrastructure and the methods (for example, truck, train, or barge) used to transport the commodities are needed before impacts to the economy as a result of energy transportation can be determined.

GACm,i,j is the gross absorption coefficient representing the amount spent in year

ACRE mj,k is the acres planted in dedicated energy crops in state (i) and ASD (j),

Qmj is the quantity of dedicated energy crops produced in state (i) and ASD (j) in tons, and

P is the national price for dedicated energy crops in dollars per ton.

These coefficients represented a state's bio-feedstock production function and are inserted into a blank industrial sector in IMPLAN. The state model is then solved with a bio-feedstock total industry output equaling the gross returns determined from the POLYSYS solution for each ASD aggregated to the state.

Economic impacts resulting from national policy changes can be evaluated using state IMPLAN models. Numerous publications have taken results from a national model and used those results in IMPLAN to show what impacts would occur to a state or a region's economy. However, in this study, there is a need to take the impacts from an interregional multi-state model that is national in scope and project the potential impacts changes in policy has on the nation's economy. The interface program, the POLYSIS/IMPLAN Integrator (PII), developed at The University of Tennessee, takes POLYSYS acreage, price, change in government programs, and cost output and makes two major types of changes to IMPLAN databases (English, Menard, Wilson, and De La Torre Ugarte, 2004). First, the program adds an energy crop sector to IMPLAN based on production and cost information supplied by the POLYSYS results for each of the 48 contiguous states. Next, agricultural impacts that occur as a result of projected changes in the agricultural sectors are placed in each state's IMPLAN model incorporating POLYSYS projected changes in crop production, prices, and income. A renewable energy sector is added to each state's model, and the impacts from the renewable energy sector are estimated. The model can also estimate the investment impacts of developing the renewable energy sector.

The integrator, PII, written in Visual Basic and taking advantage of IMPLAN's data structure, provides a method to solve IMPLAN at the state level and determine regional economic impacts as a result of changes in agricultural production practices, policies, prices, government payments, and/or technology adoption. The resulting reports generated from the analysis summarize, via graphs and maps, the economic impacts as measured by changes in total industry output, employment, and value added. In addition, tabular information is presented for use in the analysis. For the purposes of this report, three impacts are reported: a) the impacts to the agricultural sector, b) the impacts to the renewable energy sector, and c) the impacts that occur as a result of interstate commerce. The impacts that occur from interstate commerce can not be allocated to any particular state, and consequently, the maps do not incorporate these impacts. They occur as a result of input purchases across state lines, as well as the impacts that occur as a result of a flow of income from one state to another.

This is a product all about solar power. Within this product you will get 24 videos, 5 guides, reviews and much more. This product is great for affiliate marketers who is trying to market products all about alternative energy.

Do It Yourself Solar Energy