History of Droughts or Famines in Ethiopia 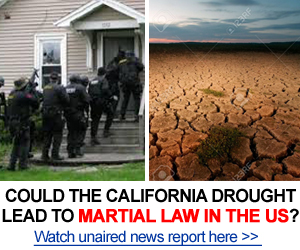 Information sources for African droughts are mainly from local records, archived data, historical texts, traveler's dairies, European settlers' notes, and folk songs. The historical reports of drought are mostly qualitative in nature. The National Meteorological Services Agency (NMSA, 1996a), Workineh (1987), Mesfin (1984), and Pankhurst (1984) attempted to collect and document the history of droughts and famine and their impact on various administrative regions of Ethiopia from different national and international documents. Analyses of the chronological events of Ethiopian droughts and famines have been divided into four parts (NMSA, 1996a). The analysis contained some interesting features. During the period from

253 bc to 1 ad, one drought or famine was reported in a seven-year period. From 1 ad to 1500 ad, there were some cruel famines that killed millions. In this period, a total of 177 droughts or famines occurred, about 1 in 9 years. From 1500 to 1950, the information is relatively based on recorded data and is more reliable. From 16th to the first half of 20th century, 69 droughts or famines were reported during a period of 450 years. That means, on average, droughts occurred once in seven years. The two notorious famines locally known as quachine and kifuken (bad days), which devastated major areas of the country, were reported during this period. The reports from 1950 onward are well documented and supported by scientific data. The analysis of the rainfall data during this period indicate 18 droughts or famines in 38 years, resulting in one drought every two years. The decadal analysis shows that the 1970-79 period was the worst, with seven disasters. The highest frequency of droughts and famines was in the 2nd century AD, followed by the first part of 20th century, and there has been an increasing trend from 16th century onward. The broad features of low rainfall and associated droughts over northern parts of Ethiopia are reflected in the Lake Tana, which feeds the Blue Nile. The water levels in the Lake Tana at Bahir Dar and the rainfall deficiency at Gonder reflected some of the major droughts such as the one in 1982. The worst period appears to be the 1980s, and the worst drought year was 1984. The areas that were affected severely by droughts/famines are mainly northern parts of the country.